Greetings to all subscribers of the blog. If you are reading this article, then you are interested in a project called Mixin Network. Let's look at it in more detail.

Blockchain this technological innovation supported by cryptocurrency is being discussed more and more all over the world. Even public authorities are beginning to show interest in it. However,it is very demanding in energy and computer computing power.
Blockchain was born ten years ago with the creation of bitcoin, the first virtual coin developed by the mysterious satochi Nakamoto. Blockchain allows you to save transactions made in bitcoin since the inception of this cryptocurrency, with security that has never been brought to the present day.

Cryptocurrency exchange is based on a complex digital architecture based mainly on chains. The blockchain allows for decentralized currency management without a trusted third party, as opposed to hierarchical and centralized systems of official currencies.
First, let's see why we need to solve the scalability problem.
Scalability covers three issues: 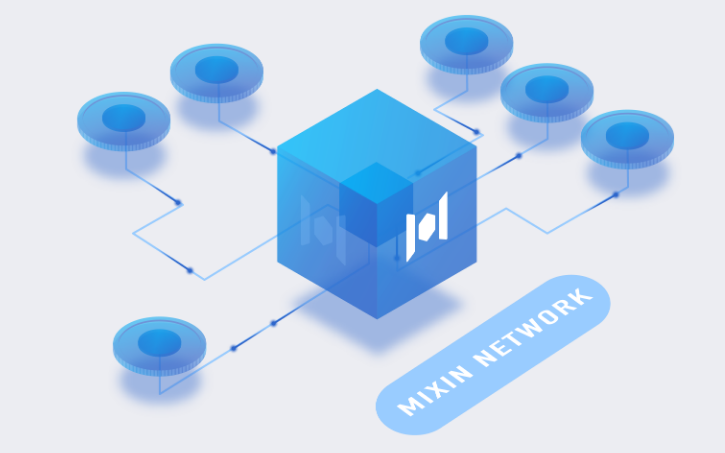 Previously, we saw that the first generation of blockchain (bitcoin) allowed us to find a distributed consensus thanks to the proof of work (PoW). To answer the question about the number of transactions per second, Cardano uses the Proof-of-Stake (PoS) algorithm to reach consensus. Proof of work for mining is performing mathematical calculations to create new blocks in a chain or to verify transactions. Previously, the problem was that block creation was very slow (e.g. 10 minutes for bitcoin) and therefore the transaction verification was the same. Without going into details, the Protocol used by Cardano can generate blocks and validate transactions much faster.

In turn, the Mixin Network project shows the community its new multi-layer platform, which provides us with increased speed, anonymity and the most important thing today - the security of transactions among crypto-currency assets in different blockchain systems.

As a bonus, Mixin has its own messaging app - "Mixin Messenger", each of us can keep crypto assets in our personal wallet and perform instant peer-to-peer transactions between our contacts. Private developers can also create their own Dapps on top of the Mixin Networks infrastructure. Agree it looks quite attractive.

I will not hesitate to declare loudly that the Network transaction is a Mixin to a whole new level! This network can be used by developers, business owners, large and small businesses, as well as companies from the financial sector. If you need a real working solution with instant transactions - Mixin Network is exactly what you need! It's a public blockchain. The technology, which uses Mixin Network, completely secure, anonymous, has no fees. It is extremely convenient for both developers and the average user. Even if you are new to the cryptocurrency world, you can easily handle Mixin Network.

I would like to note in addition that Mixin Messenger uses the signal encryption Protocol, as well as the main functionality of social networks. For example: you can make friends or create your own group for a holiday or work. Agree few of the projects today can provide so many different tools and mechanisms for work.

Of course, let's add a few words about the Xin token itself. XIN is the main and only token used by all services in the Mixin Network. All Xin fees withheld by the Mixin Network platform will be burned.This is done precisely in order to constantly increase the price for the coin. Just released 1 000 000 tokens XIN. Today the turnover is 500 000 tokens, another 500,000 XIN is in reserve. They will be required as an incentive for TEE-BFT nodes and others.

If you plan to become part of the network, remember that you will need at least 10,000 Xin tokens to establish trust status. Any created DApp will cost some XIN, their cost can be determined by the resources they consume. Mixin Network-has been around for almost a year and during this time, a team of experienced developers has solved many problems and implemented a huge number of plans. I believe that this is one of the few projects that will be announced in the future. I advise everyone to look at the project! Thank you for attention!

More information Can be found at these links: