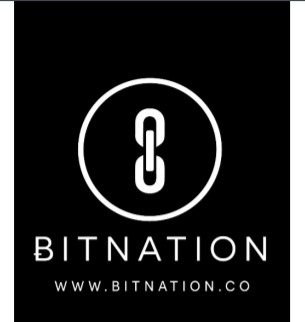 One the fastest growing industries is blockchain where its impact on globals scale operations is immeasurable. The technology has created an avenue for developing many useful applications that are useful in our daily lives and one these applications is the Bitnation. Bitnation is aiming to become the fastest growing decentralized autonomous organization or DAO. This means that it will be an open ecosystem where there will be no barriers to entry or poor management structures, and this is referred to as "holon." Interested parties can freely join and create a team where they can use the teams to resolve around emerging issues for-profit and nonprofit organizations.

The developers found that there is a huge gap in how the current system facilitates people solve minor issues. They realized that creating a platform where people can join freely and solve various issues can help the society in a great way. Bitnation operatees on Pangea Arbitration Token that is used in executing all operations within Pangea jurisdiction. Members accumulate the Token as proof of good reputation and improve their status. There are nontradable reputation tokens which are offered when citizens create a contract, when they create a complete contract and when they successfully solve a dispute that is attached to the contract.

The business model of Bitnation

Bitnation PAT is based on a distributed algorithm that is accumulated based on the performance of the team and individuals rather than popularity, purchasing power or even attention. The ecosystem is structured in four main parties which include.

The world citizen where this is the basic level and anyone can freely join and become a member. Members can participate in resolving issues in Bitnation DAO.

One can also partner with Bitnation and become a partner. This enables you to have access to all the teams where you can communicate, chat and even interact in the newsroom.

The final category is the Ambassadors who are trained individuals who come to the rescue and can help teams resolve issues. They include Diplomatic Ambassadors, Diplomatic Consuls, and the Goodwill Ambassadors.

Susanne Tarkowski Tempelhof is the leader and founder of Bitnation and has continued to work on the project to achieve create a blockchain based identification ecosystem. The platform hosted the first Blockchain World Citizenship at the WCN and had made several achievements including their BRER program winning UNESCO’s Grand Prix 2017

The future of Bitnation

The firm promises a good future by providing an opportunity where one can reap many benefits through becoming a member. They have achieved major milestones including registering many people for birth certificates, helping people acquire land title deeds, acquiring blockchain passports. They are planning to add more features that will make the ecosystem more efficient.

By joining such a worldwide ecosystem, community members have unlimited opportunities to improve their lives considering that it is entry free. It is a free paltform where you can get your problems resolved and interacting with a team that have a common goal.