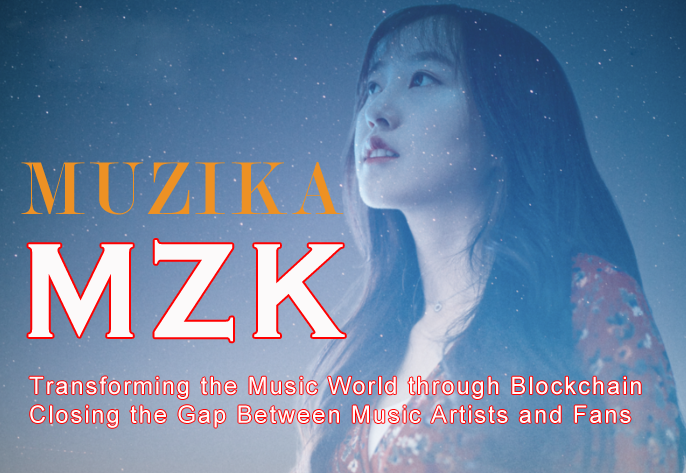 1 . WHAT IS THE MUZIKA?
Muzika is a music blockchain project, which has been built on an existing business and global music platforms with millions of users and fans across hundreds of nations, plus music artists from the globe, we aim at revolutionizing the digital music industry with the creation of a new digital music ecosystem. Muzika project is led by Forbes-awarded & Informatics Olympiad team members and endorsed by some of the most influential investors in South Korea and Asia. The token economy will be backed up by ever-growing population of community users and fans.

2 . THE CHALLENGE
Musicians and fans are the real value creators in today’s music industry,but they are not properly rewarded for their value creation.

Musicians are starving. Everyone listens to music, more people pay for music, but artists are still not making money.
Fans (that’s us) are still pigeonholed as consumers, though we are the ones who actually make super-stars! We devote our time and effort to vote, make cover songs, go viral, and even write fictions for our favorite artists, but no one rewards our effort and devotion.
ntermediaries (distributors and platforms) are making excessive profit for one time and unsophisticated tasks of ‘transferring’ the ready-made values. 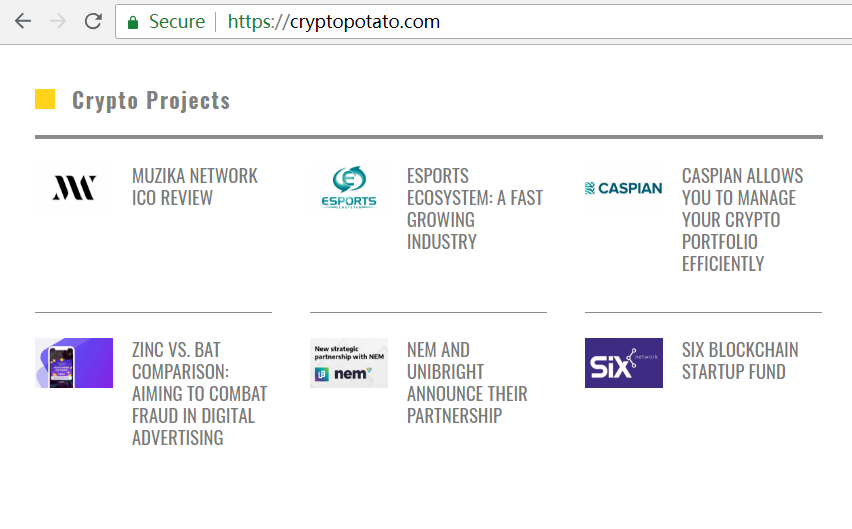 Muzika will bring innovation to the value chain in digital music industry: We will reform how value is created and captured by various players within the industry. We will return rewards to those who create the value, from those who merely transfer the value, while recovering the share lost from digital piracy through blockchain technology.

3 . WHAT MAKES US DIFFERENT

Previous Attempts Failed to Secure Large Userbase: Previous music blockchain projects have overlooked the importance of a large userbase to achieve widescale adoption. These projects have demonstrated that it is possible to give a higher commission rate to artists for their work using Smart Contract transactions. However, for artists, the low commission rate offered from traditional music streaming apps that had huge userbases were more attractive than blockchain apps using Smart Contract transactions. Case in point, a 10% commission of $1,000 from iTunes was preferable to 90% commission of $1 from a Smart Contract transaction.
Muzika Will Create A New Economy To Incentivize The Users: Muzika aims to provide musicians the best of both worlds: a higher commission rate for their creative content and a strong userbase. Muzika has developed a strong system for incentivizing fans to contribute to the Muzika ecosystem. These incentives will build the userbase necessary for Muzika to provide both higher commissions to artists along with the mass userbase of traditional music streaming sites. The network effect from a mass userbase will be the key to developing an autonomous, self-sustaining ecosystem. In other words, Muzika can provide musicians with 90% of $1,000.
We Have Done It Before: Muzika has already made significant achievements towards the development of sustainable solution to inefficiencies in the digital music industry. In 2015, co-founders of Muzika saw an opportunity in the online instrumental music industry and started online instrumental music platform Mapiacompany. In just over 3 years, Mapiacompany has become the #1 global instrumental music platform with over 2 million users. Muzika will build upon this existing userbase and community. 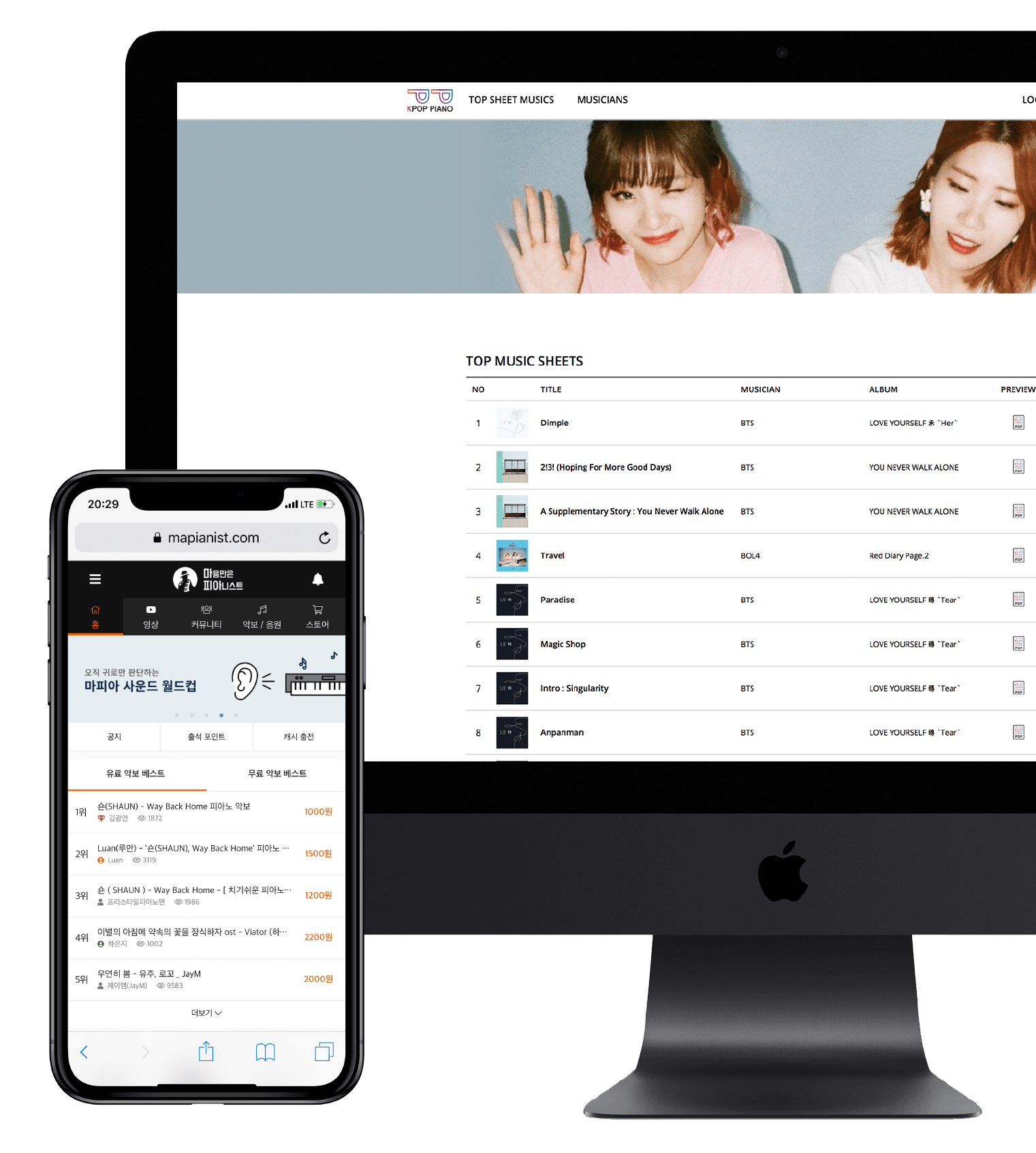 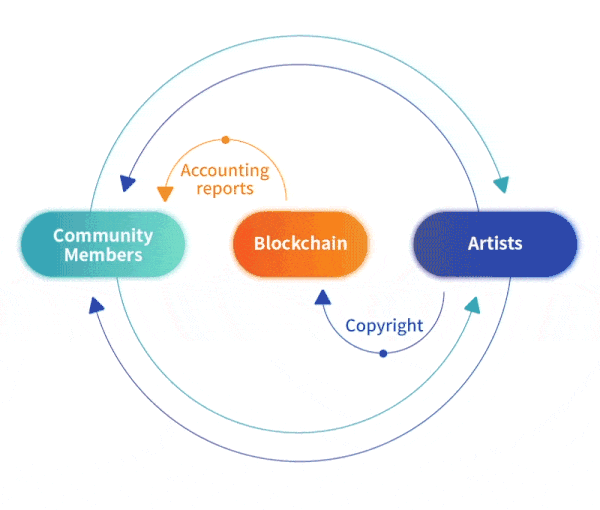 Muzika will create an autonomous, self-sustaining ecosystem driven by artists and their fans in tandem, where compensations and rewards will become proportional to the level of devotion put into musical creations and ecosystem behind them.

Smart contract will allow digital musical products to be transferred directly from artists to fans, ensuring fairer and more transparent economic distribution.
Fans will be rewarded with loyalty points for their various community activities, which will be regularly converted into MZK coins — the sole medium of exchange for all economic activities in the ecosystem.
Fans will have opportunities to make direct sponsorship to their favorite artists, supporting them and receiving exclusive benefits in return.
5 . TOKEN METRICS

WE ARE NOT JUST STARTING

Muzika is built on 2 million active users
Unlike hundreds of ICOs without proof of practicality, Muzika is not starting from scratch. The token economy is strongly built on the backs of our existing, profit-generating, and privately & publicly funded business with 2,000,000 active users & subscribers from 150+ nations and artists from 30+ nations. 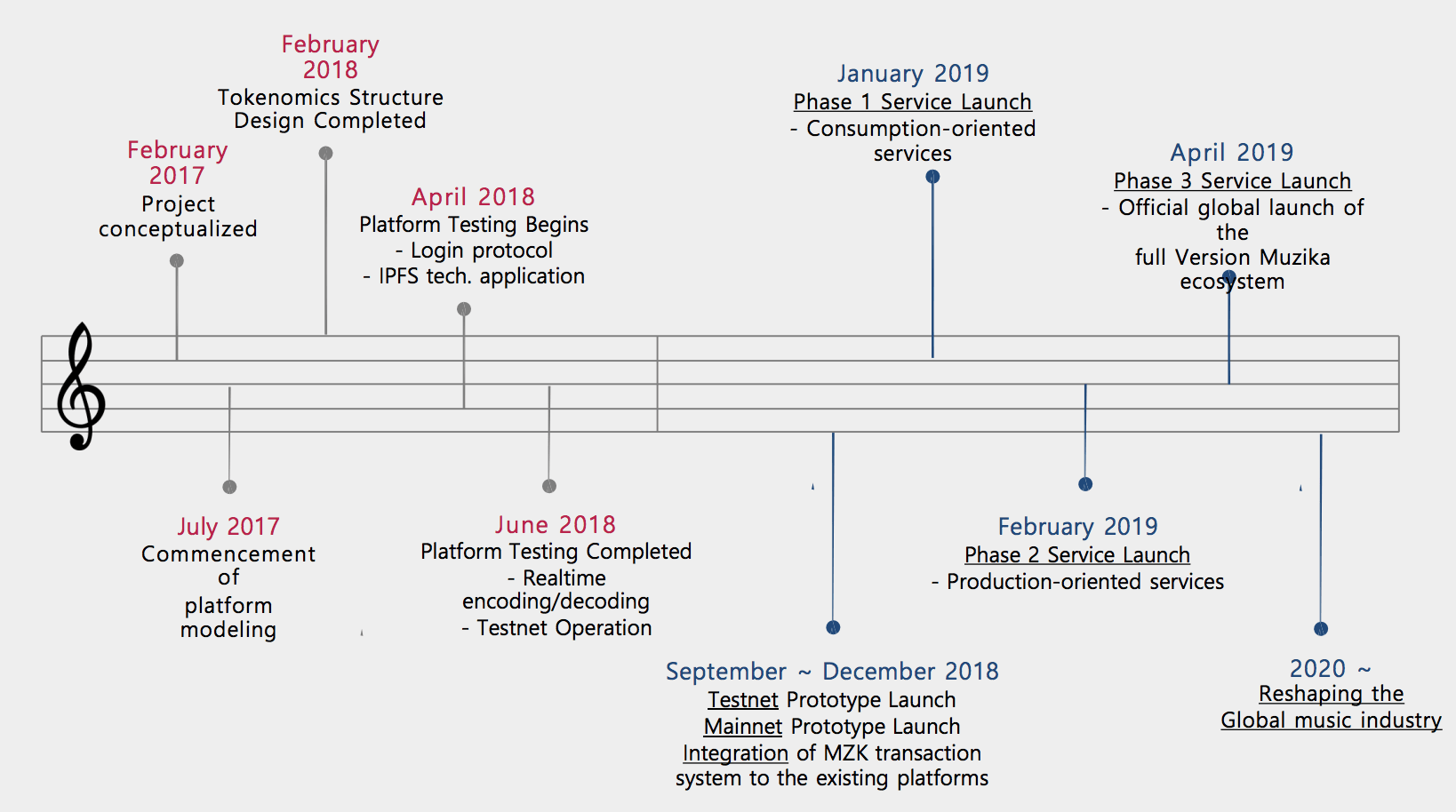