Republican U.S. presidential candidate Ted Cruz was called dishonest when he launched a website attacking rival Republican candidate Marco Rubio, featuring a composite photo that depicted Marco Rubio shaking hands with Democratic President Barack Obama. In the photo, Rubio appears much shorter than Obama and seems to be looking up at him with adoring eyes. Cruz initially denied that the photo was a composite, but later replaced it with a different photo showing Rubio and Obama shaking hands from an overhead view. Online investigators had discovered the stock photo which served as the likely source for the original composite. 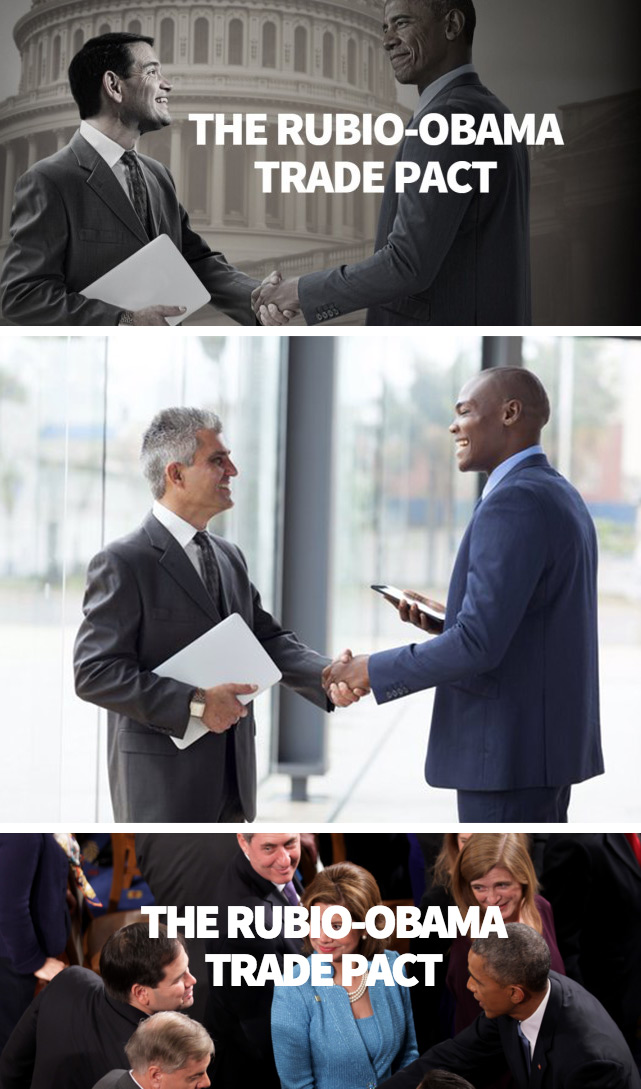